Telostech > Blogs > As The Script Spreads Across The Spectrum

As The Script Spreads Across The Spectrum 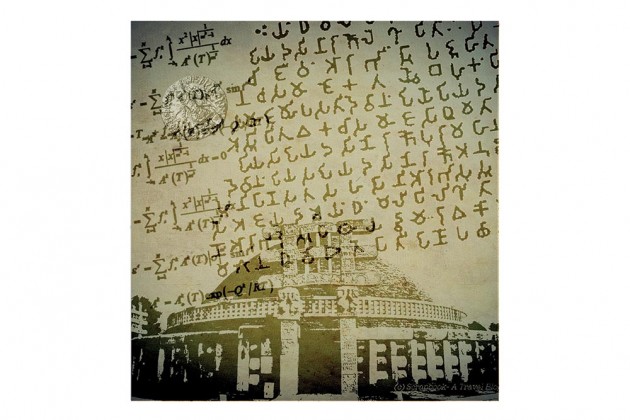 India is a science-obsessed nation. Millions of students and parents ­suffer due to this singleminded focus on science. The gap between the arts and science is artificial, though. How else could there have been James ­Prinsep, the engineer who made a profound contribution to history, and Hedy Lamarr, the actress who made a profound contribution to science?

A Discovery Of India

The engineer who unlocked the history of our antiquity

The heat of the Calcutta summer extends well into the late hours and that sweltering midnight of June 1837 was no exception. Ins­ide a giant Palladian structure on the banks of the Hooghly, a man leaned back in his study chair. His head felt as if it was on fire and his eyes ached almost beyond bearing. On the big desk were scattered mounds of paper bearing strange, stick-like characters. On the floor a big white cloth was spread, again with markings like ­giant pin-men. Books filled the shelves on all sides and yet others formed untidy piles on the floor.

Copies of inscriptions in this same mysterious script had been found on rocks and pillars from the farthest corners of India: Allahabad, Bihar, Gujarat and, later, as far south as Mysore. A single, mysterious Pan-India language was speaking to him from antiquity and for close to four long years, his quest to ­und­erstand this voice had morphed from interest to passion and then an all-consuming obsession.

Mornings were busy at the Calcutta Mint where he was assay master, but the nights were his and he would work right through them seven days every week. He had compared similar scripts, transposed thousands of characters and tried innumerable mathematical permutations and combinations to break the puzzle. But just when the ancient letters seemed to be on the verge of revealing themselves, they receded and became elusive again, driving him to despair. And now the incessant strain was starting to tell. His eyesight was fading and there were mom­ents when everything went blank, and then flashes of terror followed by an uncontrollable rush of strange and powerful emotions that he scarcely recognised. It was as if ano­ther being was occupying his mind.

On his desk were inscriptions newly rec­eived from Sanchi and no reason to expect anything exceptional. He rubbed his thr­obbing eyes, picked up the magnifying glass and leaned forward once more. He stared at the letters, switched to the notebook of his annotations, then back again at the characters. Suddenly he felt a powerful pull of recognition: two characters were being repeated time and again at the end of each line.

“Coupling this circumstance with their extreme brevity and insulated position,” and another letter deciphered recently from an old Saurashtra coin, “lead to the speedy recognition of the word danam (gift)” and thus the letters d and n. “Since 1834 also my acquaintance with ancient alphabets had become so familiar—that in the course of a few minutes I thus bec­ame possessed of the whole alphabet.”

In a case of discovery favouring the prepared mind, Prinsep had opened the door to India’s ancient past—about which practically nothing was known in 1837. Turning his newfound knowledge to a hitherto mysterious Delhi pillar bearing the same letters, he found himself listening to a maj­estic voice speak to him from the ages. One can almost imagine the hair rising on his arms as he read the words inscribed on the pillar’s North Compartment:

“Thus spake king Devanapiya Piyadasi: …In the twenty-seventh year of my anointment I have caused this religious edit to be published in writing. I acknowledge and confess the faults that have been cherished in my heart. From the love of virtue—and fear of sin and by very enormity of sin:… by these may my eyes be strengthened and confirmed (in rectitude).”

It was the voice of Asoka the Great.

When we consider that the history of India prior to the first Muslim invasions had been completely lost and hidden from sight for centuries—all that remained visible were the magnificent, mysterious ruins that dotted the landscape—Prinsep’s breakthrough was nothing short of momentous. It catalysed a veritable flood of revelations as hitherto scattered dots were reconnected and earlier discoveries by other scholars and explorers coalesced into a still hazy—but much more definite—whole. With Prinsep’s lifting of the veil, from now onwards India would gradually reveal herself in all her glory and splendour.

Prinsep was a self-taught man, unassuming and modest. Bef­ore turning his attention to the Aso­kan Bra­hmi, he was based for several years at the Benares Mint. There, he red­esigned the city’s drainage and sewer system (some parts are still operational), reconstructed Aura­ngzeb’s mosque that was close to collapse and created a accurate map of Benares, while producing a series of arresting sketches of the city. His scientific work on wet barometers and the transit of Mer­cury, along with his experiments “on the Preservation of Sheet Iron from Rust in India”, show the range of his talents and interests. But it was after his transfer to Calcutta Mint that his interest in ancient Indian INS­criptions was aroused.

The mystery these scripts presented was precisely the kind of puzzle that appealed to Prinsep’s mechanical gifts. It also helped his cause that he had a generous and lovable nature. He brought such “a burning and irrepressible enthusiasm” to his work that he inspired a host of others—engineers, military men and explorers—who became his informal army in the field, copying and sending him inscriptions from every corner of India. When I read through the yellowed pages of the Journal of the Asiatic Society of Bengal of June and July 1837, the almost boy­ish excitement with which he takes us thr­ough his journey of discovery shines thr­ough the erudition visible on every page.

But Prinsep was not to live to see the full results of his pathbreaking work. The countless hours of poring over minute letterings tipped him over the edge into madness and he died in 1840, aged 41.

This month (June 2016) marks the 179th anniversary of Prinsep’s discovery of Asoka the Great. At a time when science and technology barely intersect with the arts in India and when both are viewed through the narrowest of prisms, men like James Prinsep point to us alternate pathways, where engineers can literally create history.

The Actress Who Enabled Our WiFi

How Hedy Lamarr still rules the network of our digital lives

In May 1959, the English novelist-scientist C.P. Snow delivered the Rede lecture at Cambridge. He spoke about the emergence of the phenomenon of “two cultures” in the 20th century—one dedicated to the arts and humanities, and the other to science. Snow faulted the western (British) education system for creating and then sustaining a chasm between the two. He blamed it for the inability of modern society to solve many of its most pressing problems. Snow later expanded this lecture into a book, and “two cultures” has since been rated as one of the most infl­uential ideas in the past 50 years.

This is not the time and place to debate the two cultures; suffice it to say that, in modern India, this divide is almost absolute, with results that we are only now dimly beginning to perceive. Yet many men in previous centuries have wandered freely between the two cultures and imm­easurably enriched both. Just as James Prinsep, the metallurgist and engineer, unlocked a profound mystery of India’s ancient past, there are reverse examples too: of non-scientists—even artists—making pathbreaking contributions to technology. These are admittedly less common, but when they happen, they are nonetheless dramatic. This is one such story.

Sometime in 1936, the Austrian home of millionaire arms manufacturer Friedrich Handl played host to key arms and munitions scientists from the Axis powers: Nazi Germany and fascist Italy. An event almost completely and unremarkably male-­dominated, it had one unusual face: the stunning 21-year-old Eva Maria.

Handl had discovered Eva as an actress in Berlin a few years ago and went on to marry her in 1933. Perhaps because he was 14 years her senior, he was so possessive that he would bring her along even for these highly technical meetings. It is likely that the men in the room saw little beyond her beauty, but as Eva listened to their conversations, it sparked a latent but powerful sense for science.

In 1937, in a dramatic escape, she fled from her stifling marriage to Handl. Now in Paris, she was noticed by legendary Hollywood mogul, Louis B. Meyer, who brought her to America. And almost INS­tantly a new star was born. Rechristened ‘Hedy Lamarr’, the name by which she would be known to the world, she deb­uted in her first film, Algiers, with co-star Charles Boyer in 1938.

She did 18 films over the next decade. In film after film audiences were dumbstruck by her beauty, part of the reason she ended up being typecast in siren-like roles. This began to bore her. And it was then that she turned to science.

The spark had been lit in 1930s and had lain dormant was now reignited. She INS­talled a drafting table at her home and started to experiment, first with carbonated drinks. By now the world was at war and so Lamarr decided she wanted to contribute to the Allied war effort. This was where the knowledge she had picked up on U-Boats and submarine warfare when she attended Handl’s meetings came handy: she knew far more armaments than most movie stars.

The Allies were looking for an effective way to use torpedoes against German submarines which were wreaking havoc all along the vital sea lanes of the Atlantic. Radio-controlled torpedoes were easily deflected by the Germans by jamming their signals.

When Lamarr thought about this problem and hit upon the simple yet ingenious idea of ‘frequency hopping’. Both the transmitter on board the controlling ship and the receiver on the torpedo would switch multiple frequencies at rapid intervals simultaneously, making it impossible for the signal to be jammed by the enemy.

Lamarr, however, lacked the mechanical means to translate this idea into reality—until she met pianist-composer George Antheil at a party. Antheil, a bit of an inventor on the mechanical elements of a piano, picked up with Lamarr on her frequency-switching idea by using the mechanism of the piano roll (a perforated roll of paper used to play songs on self-playing pianos of the day).

The duo filed their patent application for a “secret communication system” in June 1941. In October, the New York Times reported:

“Hedy Lamarr, screen actress, was revealed today in a new role, that of an inventor. So vital is her discovery to national defence that government officials will not allow publication of its details.”

After classifying the discovery as “red-hot”, the Navy promptly forgot about it. The institutional bias of the time against inventions by ‘outsiders’ was too strong then, and it led to Lamarr’s idea lying unused for decades, until its rediscovery in the 1960s. Since then, Lamarr’s idea—now called “spread spectrum”—has bec­ome the basis for CDMA, WiFi and bluetooth technologies that so dominate communications in our world.

In 1997, Lamarr and Antheil were honoured by the Electronic Frontier Foundation with its Pioneer award, and Lamarr was also inducted into the National Inventors Hall of Fame in 2014.

This month (June 2016) marks the 75th anniversary of the day Lamarr filed her patent for spread spectrum. At a time when arts and humanities barely intersect with science and technology in India, and both are viewed through the narrowest of prisms, women like Hedy Lamarr point to us alternate pathways, where an actress literally created communications history.